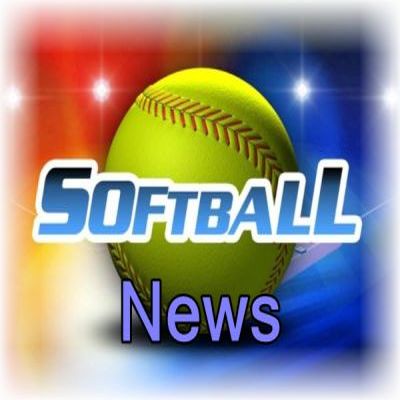 I got to see a lot of softball over the long weekend filled with all-star tournaments being played across the country. Teams that looked good included, Alabama, Oklahoma, and Florida. While teams like, LSU, Texas, and Clemson struggled. I seen lots of bad base running and fielding mistakes in many of the games. On the flip side I seen lots of strong pitching performances in the circle. So it should be an interesting season.

Ole Miss showcased its bats and pitching on day one of the Troy Invitational, taking down Nicholls State 10-2 and Eastern Kentucky 2-1 on Friday. Freshman Catelyn Riley and senior Savannah Diederich both threw complete game efforts. Tate Whitley and Abbey Latham each finished the day with three hits, as Ole Miss tallied 15 as a team.

On day two at the Troy Invitational, Ole Miss defeated, Eastern Kentucky 8-0 and lost by one-run against Troy 3-4.

Ole Miss softball came out on top in Sunday’s rematch with the Troy, fending off a late rally to secure an 8-7 win. The Rebels closed out the weekend with a 4-1 record at the Troy Invitational.

Texas softball Friday at the St Pete/Clearwater Elite Invitational dropped a 9-2 decision to Florida State before falling 6-2 to Auburn. The Longhorns played badly in both games.

On Saturday at the St. Pete/Clearwater Elite Invitational, Texas softball battled UCLA to the end in a 2-1 loss before dropping its nightcap to No. 24 UCF, 15-10.

On Sunday in its finale at the St. Pete/Clearwater Elite Invitational, Texas softball dropped a 9-2 decision to Notre Dame.

Alabama softball made its 2022 debut at Rhoads Stadium Friday afternoon, earning a 10-2 run rule victory over Evansville before battling to a 1-0 pitchers duel against Virginia Tech. The second game was one of those that it was rough to see either team lose as both VT’s Keely Rochard, and Alabama’s Montana Fouts threw strong games.

Texas A&M softball senior pitcher Makinzy Herzog tossed her second-career no-hitter, finishing with nine strikeouts in the six-inning 9-1 win over Kansas to open the Texas A&M Invitational on Friday. In game two of the day the Aggies returned to the field battling Missouri State coming out on top, 4-1, with freshman Emiley Kennedy earning her third victory of the season in the circle. A total of 1,848 fans came out to support the Maroon and White making it the 10th-most attended game at Davis Diamond.

The University of Missouri softball opened play at The Spring Games on Friday with a pair of wins over South Alabama and North Carolina. The Tigers picked up a walkoff 3-2 win over the Jaguars before downing the Tar Heels by a score of 5-2.

Mizzou softball used a pair of dominant pitching performances to sweep a Saturday doubleheader. Laurin Krings tossed a no-hitter in the Tigers’ 6-0 win over Bethune-Cookman before Jordan Weber shut out Florida Atlantic in a 3-0 victory.

Tennessee softball team went 1-1 on the first day of the St. Pete/Clearwater Elite Invitational, taking an 11-3 run-rule victory over Notre Dame in the first game of the tournament before falling 9-3 to Florida State in a Thursday evening ranked matchup at the Eddie C. Moore Complex.

In St. Pete/Clearwater Elite Invitational play on Friday Tennessee fell to Washington 11-0 and Clemson at the Eddie C. Moore Complex 4-3.

The Tennessee Lady Vol softball team rounded out the St. Pete/Clearwater Elite Invitational with a win on Saturday, taking down UCF 2-0 on Field 1 at the Eddie C. Moore Complex.

Penn State softball fell to the Buffalo Bulls, 5-3, in the final game of the round-robin portion of the Panther Invitational Saturday morning at Felsberg Field. The scheduled evening game against Cleveland State was canceled due to severe weather.

Georgia softball team split day one of the Red & Black Showcase with a 10-3 win over Delaware before dropping the nightcap with Boston University, 6-1, at Jack Turner Stadium.

Georgia softball team secured two victories over Boston University, 8-1, and Purdue, 13-1 in five innings, Saturday on Day Two of the Red & Black Showcase at Jack Turner Stadium. Georgia put on a show combining for 21 runs while allowing just two on the day.

The Pitt softball team swept the competition Friday in the first day of the Texas A&M Invitational, defeating Missouri State 4-1 in eight innings and Stephen F. Austin 6-4 in the night cap.

The Pitt softball team finished the Texas A&M Invitational winning three of four games as it fell 10-0 in five innings to Texas A&M and rebounding for a 3-2 victory over Kansas Saturday evening at Davis Diamond. Redshirt Pitt freshman Dani Drogemuller threw a complete game in the win over the Jayhawks, allowing six hits and two earned and striking out seven. She finished the Invitational with two wins and a save, 18 strikeouts and three earned runs in 18 innings pitched.

LSU softball team split its debut in the St. Pete Clearwater Elite Invitational at the Eddie C. Moore Complex. After upsetting Oklahoma State 10-2 in six innings, the Tigers fell to Washington 9-4 in the nightcap. True freshman McKenzie Redoutey stole the show as she led the team with five RBI in the two games combined and gave the Tigers a commanding lead versus Oklahoma State with a three-run shot in the fifth inning.

LSU softball team shutout Texas Tech 2-0 to conclude the St. Pete Clearwater Elite Invitational at the Eddie C. Moore Complex. Pitcher Ali Kilponen moves to 4-1 on the season and tossed her third complete game and first shutout this season. Kilponen carried the team with eight strikeouts with no walks and held the Red Raiders to just three hits.

Florida defeated Duke, 9-3, Friday evening in front of 2,163 fans to close out the opening day of the T-Mobile Tournament at Katie Seashole Pressly Stadium. The game was the first ever meeting between the Gators and the Blue Devils.

Florida picked up a pair of victories over Villanova, 4-0, and Louisville, 9-1 (6 innings), Saturday afternoon during the second day of the T-Mobile Tournament at Katie Seashole Pressly Stadium. The Gators picked up a complete-game performance from fifth-year graduate pitcher Natalie Lugo in the win over the Wildcats. Lugo only allowed two hits and a walk in the effort and struck out five for her first complete-game shutout of the season.